Advisory: OML Center on a break this Pasig Day 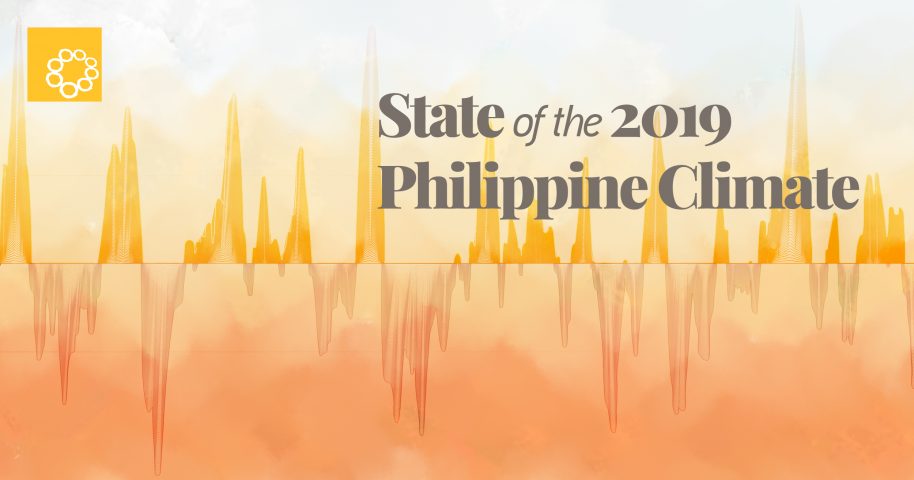 Warmer temperature and below-normal rainfall despite the increase in tropical cyclones entering the Philippine Area of Responsibility (PAR) were some of the key highlights in the State of the 2019 Philippine Climate.

Produced in partnership with the Philippine Atmospheric, Geophysical and Astronomical Services Administration (PAGASA), the State of the Philippine Climate is an annual report providing a summary of observations on the country’s essential climate variables including notable climatic and weather events. The 2019 report is the latest and the 6th publication of the series.

The 2019 report also gives an overview of the impacts of hydro-meteorological hazards in the country based on data gathered from PAGASA, the National Disaster Risk Reduction and Management Council (NDRRMC), and other institutions.

The country generally received below-normal rainfall in ten out of 12 months in 2019, which could be partly attributed to the weak El Niño event early in the year.

A total of 21 Tropical Cyclones entered PAR, exceeding the long-term average frequency of 19 to 20 per year. Seven made landfall, with Typhoon Ursula in December affecting the most number of people at around 3.2 million persons. Typhoon Tisoy, which preceded Typhoon Ursula, caused the most damage, amounting to PhP 5.9 billion. Collectively, tropical cyclones last year affected more than six million people and caused a total of PhP 9.6 billion in agricultural and infrastructure damages.

Following its practice of retiring names of tropical cyclones which have caused at least PhP 1 billion in damages and at least 300 deaths in the country, the weather bureau has retired the names “Tisoy” and “Ursula”.

For more information on the 2019 Philippine climate and climate trends, download editions of the State of the Philippine Climate on our website.