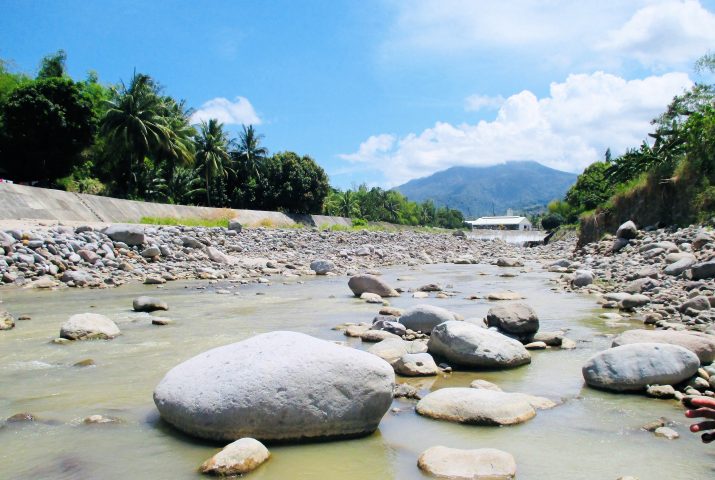 The vast number of small to medium-scale businesses in developing countries provides the needed commodities, services, employment opportunities, and incomes to many locals who opted to stay compared to those who migrated away from their home place. But why some people remain in a particular area despite the associated hazards puzzles disaster risk reduction managers on how to address such risky behavior. In the case of entrepreneurs in communities along the Ocoy River in Negros Oriental, understanding how they perceive the related risks and relate themselves with their home place amid this perennial river flood problem would help to enhance their preparedness to confront or avoid the impending threats.

Along with this observation, a face-to-face survey was conducted among the entrepreneurs in communities along the Ocoy River that occupies portions of Valencia, Sibulan, and Dumaguete City in Negros Oriental. This study examined the relationships among flood disaster risk perception, sense of place, and flood disaster preparedness of non-probable samples composed of 26 females (72.22%) and ten males (27.78%).

More females were usually available during the survey, particularly for household-based enterprises such as sari-sari (variety) stores classified under food-related business type (41.67%). The two other types were industry-related (33.33%), including small quarry, motor repair shop, gasoline station, and farm-related (25.00%) such as vegetable production, pig and goat raising, and flower garden.

The respondents rated from one to four the degree of their agreement or disagreement to some statements that flood disaster could be controlled, predicted, probable, destructive, and feared  (See: “Influences of risk perception and sense of place on landslide disaster preparedness in Southwestern China”). The results demonstrated their flood disaster risk perception, referring to the average scores to statements under a particular parameter. On the other hand, the sense of place of the respondents, measured by the average scores of the degree they agreed or disagreed with the statements that described how they viewed their communities, reflect what meanings these places along the river have to their well-being, classified into dependence, attachment, and identity (See: “Dwelling structures in a flood-prone area in the Philippines: Sense of place and its functions for mitigating flood experiences”).

This current study has exposed a behavioral pattern that seemingly deviates from what the literature would usually say about aversive human responses when exposed to potential danger like the impending floods, either leaving or avoiding the place. Their flood disaster risk perception was significantly related to their sense of place which suggests that those who perceived greater risk tend to have a high sense of place. This solid positive link further indicates that the flood threat did not discourage them from going on with their enterprise, perhaps because it would not happen every year and of the same magnitude.

Meanwhile, the flood disaster preparedness of the respondents corresponded to their assessment of the availability, applicability, and effectiveness of biological, mechanical, and behavioral measures to reduce damage and losses due to river floods (See: “Place Attachment and Flood Preparedness”). With four as the highest score, the data showed that the sampled enterprises had a low overall flood disaster preparedness score (0.89), which do not significantly differ across business types despite that the industry-related (1.17) had the highest score than those in food- (0.79) and farm-related (0.67) businesses.

Of the three components of sense of place, only place dependence significantly relates to flood disaster preparedness. The respondents, particularly industry-related businesses, were more concerned about their enterprises as a source of livelihood; thus, those with a higher place dependence score tend to have a higher score in flood disaster risk preparedness. In conclusion, the paper shows that economic security was of prime importance to entrepreneurs to remain in their respective communities despite the hazards due to climate change. As part of enterprises’ formal requirements for a business permit, the local government units must require entrepreneurs to undergo orientation on flood disaster preparation.

Visit the Climate, Disaster and Development (CDD) Journal website to read the abstract or to download a copy of the article “Flood Disaster Risk, Sense of Place, and Preparedness of Entrepreneurs in Communities along a River.”

The CDD Journal is an open-access platform for peer-reviewed papers on all aspects and intersections of climate, disasters, and development, and their interaction. It is open to submissions focused on the areas of climate science, vulnerability and risks; climate change adaptation; disaster management; resilience; and climate policy and development. Please refer to the call for submission flyer, guide on getting published in the CDD Journal, and the manuscript submission guidelines for more information.

The CDD Journal is also looking to expand our pool of experts. Please refer to our call for reviewers if you are interested in becoming involved in the journal.

Enrique G. Oracion has a Ph.D. in Anthropology and concurrently a Full Professor of the Department of Anthropology and Sociology and Director of the Research and Development Center of Silliman University in Dumaguete City.