Resources on the IPCC AR6 Report on Impacts, Adaptation and Vulnerability for Communicators

Eleventh Hour: “Equitable and just transition is the only path toward climate-resilient development” 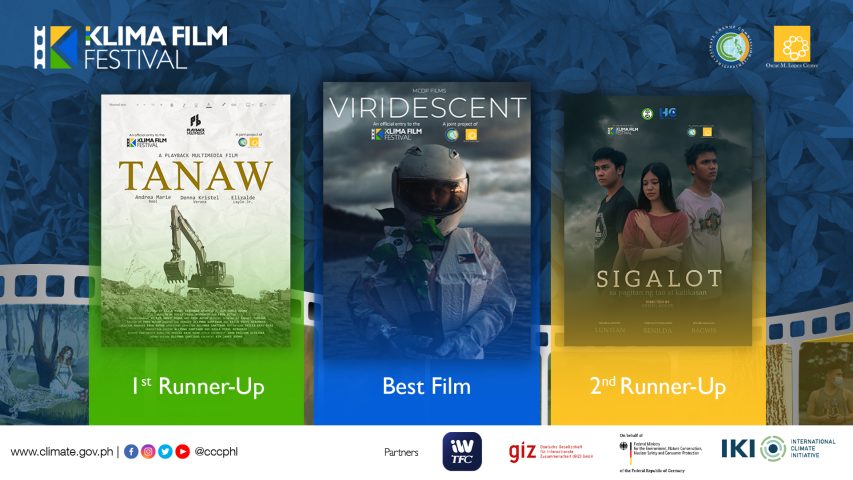 “Viridescent” is a story of a visionary woman and a defeatist man who must work together to retrieve crucial biological data that has been lost. With a breakdown in communication between the two, a one-man mission arose — the one-man mission of a woman to fulfill their dream of securing planet Earth for humankind again. Its prequel, “Verdant” won as 1st runner-up in the first-ever KFF in 2020.

The Festival’s 1st Runner-up, who will receive a cash prize of PhP50,000, is “Sigalot sa Pagitan ng Tao at Kalikasan” directed by Erwin Adupe of ENCA Film Production, while “Tanaw” directed by Kaila Ysavl Bergonio of Playback Multimedia won as 2nd runner-up and took home PhP30,000.

The four films that made it to the finals of the KFF 2021 were screened by six esteemed judges from the Philippine scientific and film communities. They are as follows: Dr. Doracie Zoleta-Nantes, chairperson of the National Panel of Technical Experts; Dr. Rodel D. Lasco, executive director of the Oscar M. Lopez Center; Mary Liza B. Diño, chairperson of the Film Development Council of the Philippines; Honey M. Castro, chief of Corporate Affairs and Information Resource Management Division of the Philippine Commission on Women (PCW); Dr. Rolando B. Tolentino, professor at the University of the Philippines (UP) Film Institute and member of the Manunuri ng Pelikulang Pilipino; and Sari Raissa LL. Dalena, professor at the UP Film Institute and an independent filmmaker.

The PCW also assisted in identifying the film with the most gender-responsive content.

Below is the complete list of winners of the Klima Film Festival 2021:

Starting this month until March 2023, the top four KFF 2021 entries, along with the 10 finalists of the KFF 2021, may be screened for free through iWant TFC, the official media partner for the KFF. All four films received permits to exhibit from the Movies and Television Review and Classification Board.

The conduct of the Klima Film Festival Awarding Ceremony is supported by the GIZ Philippines through the Support CCC II Project jointly implemented by the Climate Change Commission (CCC) and GIZ Philippines.

The Klima Film Festival is a project of the Climate Change Commission in partnership with the Oscar M. Lopez Center to mainstream the effects of climate change through the use of short films written and produced by young Filipino filmmakers across the country.