COP 21: Demanding for a Cleaner World

PERSPECTIVE ON LOSS AND DAMAGE FROM FOUR ASEAN MEMBER COUNTRIES

COP 21: Demanding for a Cleaner World 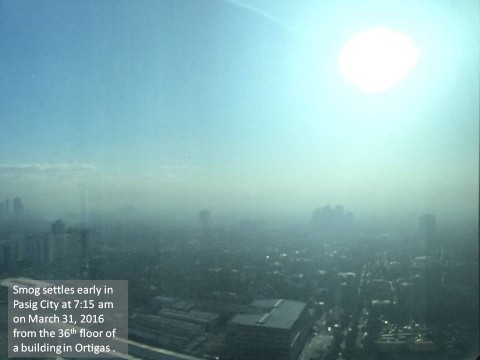 This overwhelming global solidarity of 196 nations is perhaps one of the greatest achievements of our time. That the agreement was legally binding, and that it limited greenhouse gas (GHG) emissions of countries, made it equally monumental.

Apart from being a politically binding agreement, the Paris deal is also almost like an economic agreement because it is sending a critical message to the governments and businesses of the world to invest in clean energy and sustainable development. Setting the long-term temperature goal well below 2°C is a call for governments to seriously commit to drastic emission cuts. This may mean that countries, especially those who rely on fossil fuels, such as the Philippines, will need to significantly increase the contribution of renewables in the energy mix.

Such action can only signify our seriousness to our commitment to reducing our emissions. The government has pledged to cut carbon emissions by 70% before 2030. But it has done so on the condition of international support.  Is this enough?

Dr. Rodel Lasco, Scientific Director of the OML Center says, “some studies and calculations indicate that even if all the current commitments of the countries in their Intended Nationally Determined Commitments (INDCs) are delivered, we will only curb warming to 2.7 degrees Celsius.  This means we cannot afford a ‘business as usual’ stance.  We really have to do the most that we can, and we cannot accept anything less.”

What makes the agreement uniquely relevant to the realities of the Philippines is the country’s vulnerability to climate change, if only because of its geographical location and social situation. Developing countries like the Philippines are more immediately concerned with adaptation. After all, the country contributes less than one percent of the total global carbon emissions, and yet we are the most vulnerable and affected. The Center’s work seeks to understand these vulnerabilities as the negative effects of climate change, and to find ways to build the resilience of our communities.

Today, April 22, the Paris Agreement opens up for a ceremonial signing in New York.  At least 130 countries are expected to come, including the Philippines. Today is also International Mother Earth Day. There is a global campaign encouraging everyone to plant a tree, with the goal of planting 8 billion trees by 2020 – that’s one tree for every living person today.  At the OML Center, we hope you can not only plant a tree, but raise a tree to ensure its life.  Trees and oceans are the only natural means we have at the moment to capture carbon from the atmosphere. Ensuring their survival is as much an imperative as planting them. If a tree falls, it will ultimately release all the carbon it captured in the first place.

So, yes, plant a tree indeed. But raise it too.  Partner with organizations who ensure the life of the trees you plant.  In this way, we ensure a cleaner world.