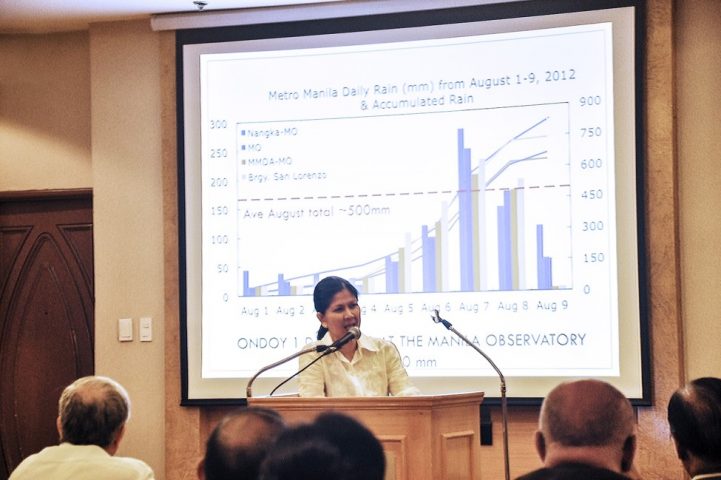 The Oscar M. Lopez Center team would like to express our sympathies and condolences to the family and colleagues of Dr. Gemma Narisma. The Philippines has lost one of its most prolific and well-respected atmospheric scientists.

Dr. Narisma made outstanding contributions to and was actively engaged in studies on climate change in the Philippine and international scientific communities. She was one of the authors of the Philippine Climate Change Assessment (PhilCCA) Working Group 1 Report released in 2016 and one of the coordinating lead authors of the Atlas of the IPCC Sixth Assessment Report (AR6) Working Group I released in 2018. She was involved in the Southeast Asia Regional Climate Downscaling (SEACLID) / Coordinated Regional Climate Downscaling Experiment (CORDEX) Southeast Asia Project under the CORDEX project of the World Climate Research Programme (WCRP).

She was the executive director of the Manila Observatory and was actively engaged in climate and disaster science development projects. Among the research projects she was involved in include the RG-GIS Based Integrated Analysis on Risks to Climate Change and Disasters: Iloilo City, Davao City and Davao Oriental, which was supported by the OML Center; and the Cloud, Aerosol, and Monsoon Processes Philippine Experiment (CAMP2Ex) campaign led by NASA.

Dr. Narisma was named the National Academy of Science and Technology (NAST) Outstanding Young Scientist in Atmospheric Science in 2012 and one of the Ten Outstanding Women in the Nation’s Service (TOWNS) in 2013. She also received the National Research Council of the Philippines (NCRP) Achievement Award in Earth and Space Sciences in 2018.