Building Back Better: A Briefer on Loss and Damage 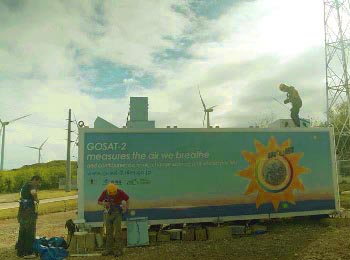 The Philippines consistently ranks among the top tier of countries most vulnerable to the effects of climate change, as rated by groups including the United Nations and the non-profit Germanwatch. This, despite the fact that the Philippines’ contribution to global greenhouse gas emissions is a meagre 0.3 percent. From power generation alone, the U.S. emits 80 times more carbon dioxide than the Philippines.

Cutting and managing greenhouse gas emissions is the central focus of climate change mitigation. However, as the famous management thinker Peter Drucker put it, “You can’t manage what you can’t measure.”

This measurement is precisely the aim of Total Carbon Column Observing Network (TCCON), a global system established in 1994. It is dedicated to the precise measurement of greenhouse gases such as CO2 and CH4, the main cause of man-made global warming and climate change.

Of course, such a network can only work given the availability of the right data. Unfortunately this is not the case in the tropics, particularly in Southeast Asia, where a lack of reliable greenhouse gas observation data has created an obstacle to fully comprehending the global carbon cycle.

With this in mind, EDC-Philippines, NIES-Japan, and UOW-Australia worked together to answer the need for a TCCON station in the Southeast Asian region.

In the study “Total Carbon Column Observing Network, Philippines: Toward Quantifying Atmospheric Carbon in Southeast Asia,” an article in the second volume of our Climate, Disaster and Development Journal, Velazco et al. present an assessment of a planned site in the Philippines, where a new TCCON station—the first in Southeast Asia—was installed in March of 2017.