Science and Innovation for Disaster Risk Finance: A Data Visualization 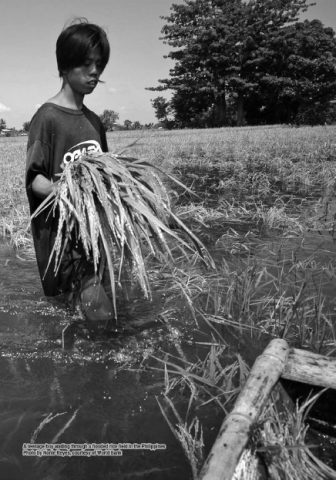 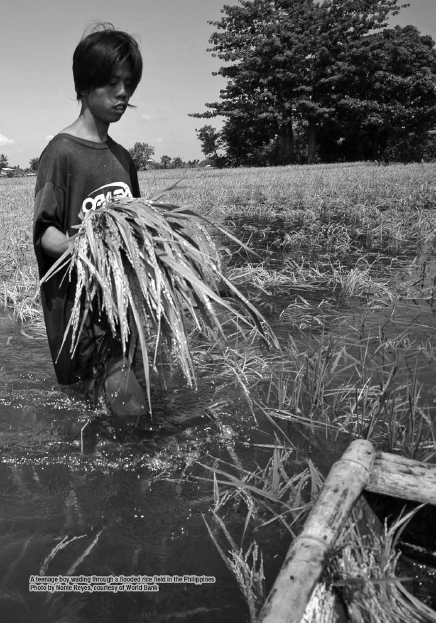 Even on a good year, when the the weather has been kind, rice farming is a painstaking task.

Now, what is already a labor-intensive and time-consuming undertaking is being met with growing challenges as weather patterns change. In different parts of the country, the livelihoods of our farmers have become increasingly vulnerable as a result of both droughts and frequent rain and flooding—a clear demonstration of the urgent need to adapt.

It was in response to this situation that the Oscar M. Lopez Center conducted its recent study, “LiDAR and GIS Mapping Tool as Climate Change Adaptation Measures of Farmers in Flood-Affected Areas,” which was recently released in a publication by the Southeast Asian Regional Center for Graduate Study and Research in Agriculture (SEARCA).

The study focused on the rice-producing municipality of Apalit, Pampanga, where such problems and conditions are evident. Marked by relatively flat terrain and the presence of the Pampanga River, the same factors that make Apalit appealing for rice cultivation also make it prone to flooding.

With their crops hurt by frequent and drawn-out floods, the farmers had been forced to alter their livelihoods. Some reported having to minimize their crop cycles to just once a year where it used to be twice, or else having to adjust their crop calendar from the wet to dry seasons. Others had had to resort to more major shifts, with one barangay transforming their rice fields into fishponds and turning instead to aquaculture.

Members of the Oscar M. Lopez Center research team visited Apalit in 2015, where they quite literally got the lay of the land, both by holding focus group discussions with the rice farmers as well as using technological approaches to survey the terrain. They set out to create special flood maps that would pinpoint which areas would lead to a more productive harvest if submergence-tolerant rice varieties were used in place of regular rice.

To do this, they made use of flood modeling techniques and LiDAR–light detection and ranging, a powerful remote sensing technology that uses laser pulses sent from an airplane to map out terrain of an area. The maps were later given to the municipal agricultural office and shared to the farmers, as a means of paving the way for climate-informed decision-making and adaptation-planning.

The full SEARCA publication is now available for download here.

For press concerns related to the Oscar M. Lopez Center’s chapter in the publication, you may contact Communications Manager Arianna Lim at [email protected].

For technical concerns related to the chapter, you may contact Research Curation and Development Manager Perlyn Pulhin-Yoshida at p[email protected].

To read other publications featuring the project, refer to: