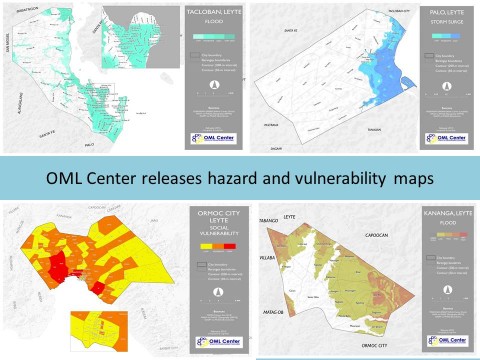 These include flood, rain-induced landslide and storm surge maps as well as the administrative and buildings map, and the topography and hydrology map for Tacloban City, Ormoc City, Palo and Kananga, Leyte. The social vulnerability maps at the barangay level are also available for Tacloban City and Ormoc City.

These maps are among the final outputs of SP Yolanda, an Evidence-based Rehabilitation Study in the Yolanda-affected Areas initiated by the Center on November 2013 and to be concluded on March 2015.

To download the maps, please refer to the following links: