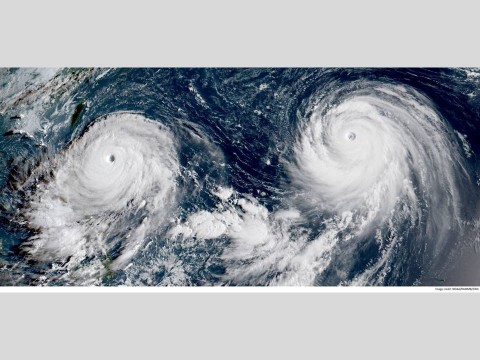 An analysis of Philippine tropical cyclones in the last 63 years was recently published online by the International Journal of Climatology, an international peer-reviewed scientific journal publishing research in the field of climatology. Entitled “Observed Trends and Impacts of Tropical Cyclones in the Philippines,” the article found that while there was no observed increase in the number or frequency of tropical cyclones (TCs) affecting the Philippines, there was noted a “slightly increasing trend” in the number of extreme TCs landfalling in the country.

The study also noted a few other observations:

Another important finding of the study is the increasing trend in losses and damages due to TCs, which are further influenced by other socio-economic factors such as land use practices. Rainfall variability, increased TC intensity and other changing climate patterns are ever increasing our vulnerabilities to floods, droughts, landslides and other climate-related disasters.

In addition to [funding] support from the OML Center, two of the article’s authors are from the Center – Scientific Director, Dr. Rodel D. Lasco, and  Scientist,  Rafaela Jane P. Delfino. The online early view of the article can be accessed here. For a full report on the country’s climate, check out the State of the Philippine Climate 2015, or download the full report here. The report was a collaboration between PAGASA and the OML Center.