Mainstreaming science: a challenge for every researcher

Call for Papers: 11th APRU Research Symposium on Multi-hazards around the Pacific Rim 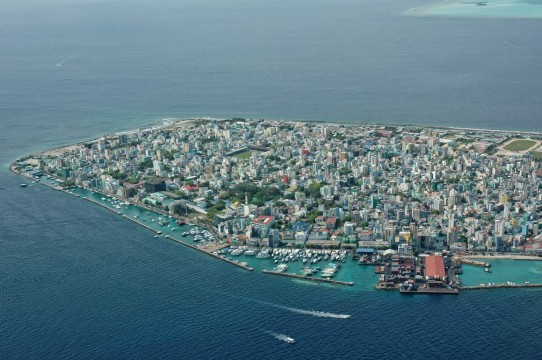 Small Island Developing States (SIDS) such as Vanuatu are at the forefront of climate change, disproportionately exposed to hazards such as sea level rise; coupled with both heightened sensitivity to and reduced adaptive capacity for dealing with climate hazards. This mean that SIDS number not only amongst the nation states most at risk from projected future climate changes, they are also some of the most vulnerable to current climatic extremes and the early impacts of rising global temperatures.

Cities in SIDS act as gateways to development and the global economy, and as a consequence are drawing in rural residents at a rapid rate. This represents both a challenge and an opportunity for climate change adaptation. In the case of Port Vila, annual increases in the city’s population of more than 10% over the last two decades mean that planning for the challenges presented by a changing climate is being compounded by those associated with rapid urbanisation and development more generally. Further, dependency on fragile coastal ecosystems and shallow ground-water resources for many citizens’ livelihoods presents decision-makers with scenarios where a number of the ecosystem services upon which their populations and economies depend face possible collapse. The role of cities – either as sources of alternative livelihoods through employment, education and training, or as settings for more radical transformative change – will be central to planning for these medium term impacts.

Within such contexts, Climate Resilient Urban Development requires establishment of non-climate baselines and data, before the additional compounding effects of climate change can be overlayed and effectively planned for. As such, this report provides a planning resource for ongoing rapid growth in a sustainable way, within the broader context of climate change.