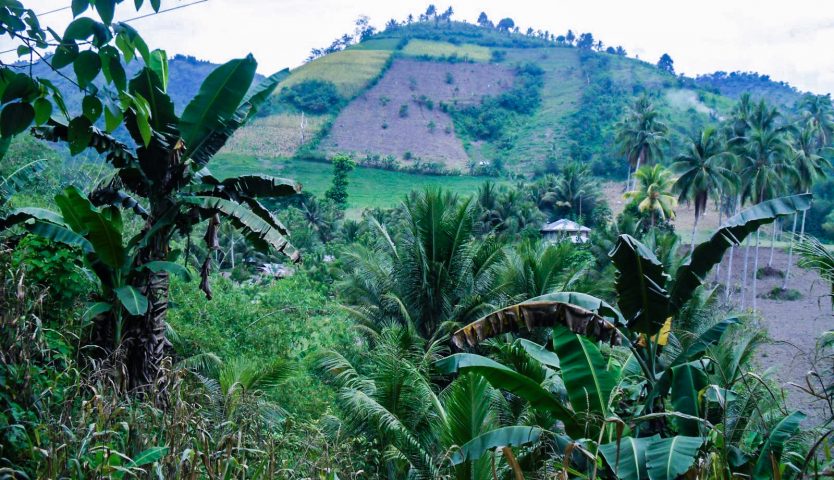 Farming communities are particularly vulnerable to climate change. Studies have shown that temperature and rainfall pattern changes, which are observed more frequently in recent years, could decrease crop yields, disrupting food availability, and cause income loss, among others. Adaptation strategies need to address the underlying causes of vulnerabilities.

The study conducted household surveys with 265 respondents, focus group discussions, and key informant interviews. The nonparametric Mann-Kendall test statistics were used to test the presence of monotonic increasing or decreasing trend in the time series data, while analysis of variance was used in analyzing the changes in climatic patterns.

Bearing the brunt of the changing climate

Farming is the main source of living in mountain ranges communities in the City of Koronadal, particularly in Roxas Mountain Range. Farmers used to have bountiful harvests. This, however, has recently changed due to the increasing climate-related risk events.

The findings for both monthly and yearly decadal analysis from 1981 to 2012 revealed significant changes in climatic patterns. The communities in the Roxas mountain range have experienced yearly intense rainfall and temperature increase, enduring prolonged droughts for seven to nine months, which was observable within five to ten years. Residents of Barangays Carpenter Hill, San Isidro, and Saravia, including Sitio Elgawel also experienced flash floods and landslides in August 2008. These climate risks experienced are manifestations of climate change, which have caused socioeconomic and environmental impacts on the farming livelihood of smallholder farmers.

Farmers consider the decrease in crop yield as a major socio-economic effect of the changing climate that caused a lodge of their major crops such as rice and corn. About 40%–100% of farm produce in a one-hectare land were affected upon the occurrence of pests and diseases as induced by the changing climate. In addition, working schedules were disrupted as farmers changed their shifts from 7 a.m. to 12nn to 7 a.m. to 9 a.m. due to the intense heat and frequent occurrences of heavy rains.

Many farmers have experienced delays in planting due to the abnormalities in weather patterns. During the extreme dry season and drought, farmers stopped planting crops, resulting in food scarcity and low income. Residents also observed dwindling water resources during periods of intense heat and drought, destabilizing farming activities.

The study found that existing adaptation strategies are just stop-gap solutions that address the effects of climate change, but do not consider the root causes. To consider future changes in climate patterns, the socioeconomic and political structures and processes of the communities need to change. This will be achieved if multifaceted drivers of climate change hazards and their impacts are appropriately and immediately addressed.

Local government support plays a crucial role in increasing the locals’ awareness of climate change and in bolstering local leadership and political will in protecting the environment. The findings of this study provide vital baseline information on climate-related impacts which are necessary to allow policy makers to enhance the existing strategies, and to further develop other adaptation strategies that are focused on climate-related stresses at the grassroots level.

The CDD Journal is an open-access platform for peer-reviewed papers on all aspects and intersections of climate, disasters, and development, and their interaction. It is open to submissions focused on the areas of climate science, vulnerability and risks; climate change adaptation; disaster management; resilience; and climate policy and development. Please refer to the call for submission flyer, guide on getting published in the CDD Journal, and the manuscript submission guidelines for more information.

The CDD Journal is also looking to expand our pool of experts. Please refer to our call for reviewers if you are interested in becoming involved in the journal.